Last week I was interviewed by Emma Koehn of The Sydney Morning Herald, about the changes currently being debated and legislated by the Australian Federal Government to its R&D Tax Rebate scheme. Her interview appeared today. 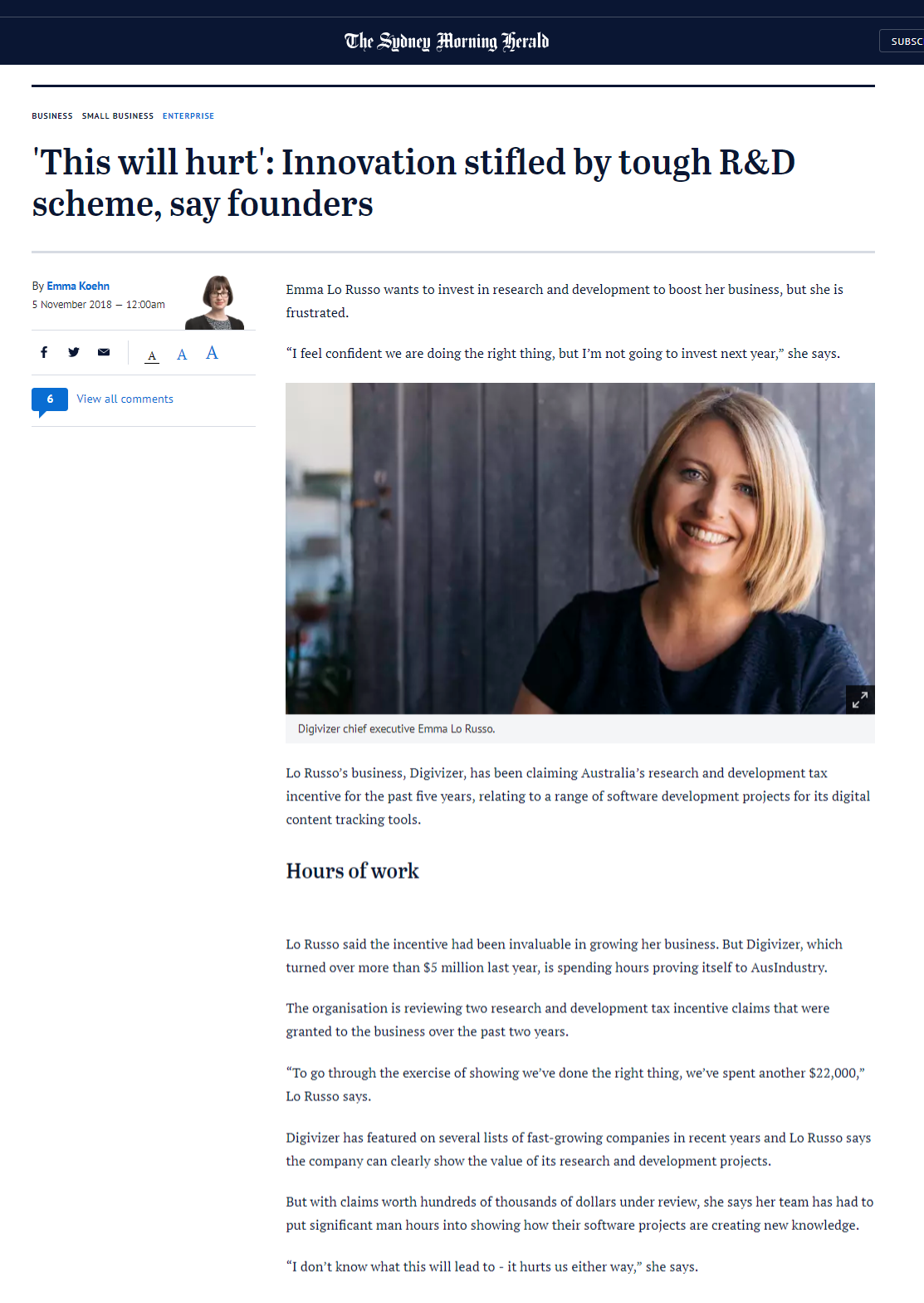 Digivizer has been claiming the research and development tax incentive for the past five years, relating to a range of software development projects for our digital content analytics platform.

The incentive had been invaluable in growing Digivizer, but we now find ourselves spending hours proving ourselves to AusIndustry, which administers the scheme with the Australian Taxation Office (ATO).

At the time of the interview we were reviewing two research and development tax incentive claims that were granted to Digivizer over the past two years. At the time of writing, this had already cost us another $22,000.

As I say in the interview, I don’t know what this will lead to, but it will hurt us either way.
A number of people active in the Australian startup and technology sectors have reached out to me about this. It’s clearly an issue that resonates with many. I’d welcome your thoughts.
.