An interesting day for media with three stories that illustrate some of the big areas of change that are already underway.

First we have the sad and terrible news of the devastating earthquake that hit Haiti.

Although media publishers were quick to pick it up, it was the virtual real-time publishing of images and details of the desolation and casualties that were published directly from the ground via Twitter (#Haiti, #Earthquake, #Help Haiti).  This early reporting was quickly picked up on blogs and Facebook posts around the world, spreading the news to significant numbers of people which only latter made its way to official news services. 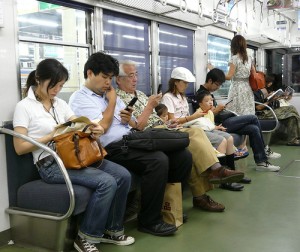 This is not the first time real-time reporting has come from and been shared by individual people who have already been “qualified” as being valued and newsworthy by their followers.

We also had the move today (Sydney time) by Google who threatened to quit China by announcing it will challenge the strict Chinese censorship rules that ban discussion or viewing images on topics deemed sensitive and “vulgar” by the government.

David Drummond, SVP, Corporate Development and Chief Legal Officer of Google announced Google are “no longer willing to continue censoring our results on Google.cn, and so over the next  weeks we will be discussing with the Chinese government the basis on which we could operate an unfiltered search engine within the law, if at all. We recognize that this may well mean having to shut down Google.cn, and potentially our offices in China.”

Although Google have announced they will work with the government to find a way to provide uncensored access to the web, it will be interesting to see whether a compromise can be found and who it will come from.

Google are responding to the identification of a sophisticated attack late last year on the email accounts of Chinese human rights activists using its gmail service and indicated a further 20 other global organizations were also targeted.

Although Google do not have dominant market share for online search in China, they do carry significant weight in the political and business leadership sphere and thus it will be interesting to see what impact and potential influence it will have on business should Google choose ultimately to withdraw.

Finally today we have the move by Murdoch  to restructure The Australian by creating a separate corporate division for the national broadsheet which is its traditional method for distributing news.  This move is positioned by News Limited Chairman and Chief Executive John Hartigan to help it pursue “the significant expansion of our ambitions”.  This ambition is widely reported and on record by News Corporation Chairman and Chief Executive Rupert Murdoch as desiring to charge for online news content this year.

It seems to me that the Haiti example proves yet again how powerful and how quickly news and images can be shared when people put their mind to it and when people feel passionate about something.

Improving technology will allow for increasingly faster spread of information and utilization via people, niche groups and SMEs.  The historical one-size-fits-all approach by business and media will not exist in the future because it will be too easy for others to enter the market and who can provide at no or low cost, a more personalized, intelligent, relevant alternate option.

And no matter how powerful a government may be, if enough people move against their policies and restrictions, the walls will fall.  Perhaps initially at great penalty and personal loss to individuals, but never enough to overcome the power of people’s collective free-will.  And this is where new media will have its place in connecting groups of like-minded people who can easily organize their own dissemination of information, protests and actions.

Google today is at a cross-road.  It will be interesting to see how they play their cards.  Will they look only to the revenue that can be generated, irrespective to the cost of basic human rights and freedom (the answer today has been yes they will)?  Or will they take a powerful leadership position that becomes the catalyst for wider change and pressures from international governments and organizations?

The power of people via social media played a significant role in communicating Iranian dissent and protest around the reelection of President Mahmoud Ahmadinejad at a time where the Iranian government barred journalists from reporting on “unauthorized demonstrations”.

As TIME’s Lev Grossman reported at the time “Twitter didn’t start the protests in Iran, nor did it make them possible. But there’s no question that it has emboldened the protesters, reinforced their conviction that they are not alone and engaged populations outside Iran in an emotional, immediate way that was never possible before. President Ahmadinejad — who happened to visit Russia on Tuesday — now finds himself in a court of world opinion where even Khrushchev never had to stand trial.”

And so we come back to Murdoch and the move for “The Australian” to begin charging for its online news. For them to do so News Limited will need to overcome the same news which will be available online from competing news publishing mediums including the ABC News.  Digital medium lends itself to quick, fast, easy-to-read communications so holding a position of people paying for “quality news reporting” will be difficult to defend.

They will also need to overcome the news that will be made available from the reporting and sharing from individuals and niche providers.

There is always an opportunity for businesses to charge for something that helps makes someone’s life easier, better and more wonderful than it was before and for as long as you are the only one able to provide it.

Since this is not a new concept, I am assuming News Limited will explore ways in which they can charge for news that meets that criteria.

However my bet, reinforced by today’s news and examples, is with people publishing.

The power of people publishing is the future of news.

One Reply to “The Power of People Publishing”