This article was first published in VALIDITY COACHING’S FORETHOUGHT newsletter:

The “If not, why not” diversity question your organization needs to be asking now 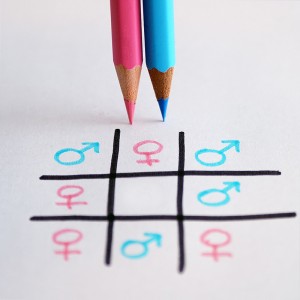 There has been considerable debate in recent media and boardrooms following the announcement in December 2009 by the ASX Corporate Governance Council of their proposal to expand the Corporate Governance Principles and Recommendations to require each entity listed on the Australian Securities Exchange to adopt and disclose a diversity policy that includes measurable objectives relating to gender.

Within their suggested diversity policy, listed entities will be required, on an “if not, why not?” basis, to disclose in their annual report:

Alongside the new recommendations, changes will be made to the guidance commentary to:

There has been much lip service paid to the issue of gender balance in the past, and with the council expecting to provide an exposure draft of the proposed changes to the Corporate Governance Principles and Recommendations for public consultation in early 2010, with an anticipated implementation date of 1 July 2010, soft-discussions will no longer suffice.

Many organizations who have promoted an equal opportunity and pro-women position, still have considerably fewer numbers of women in senior executive level positions or at the board than their male counterparts.  When they do, they tend to skew towards what is perceived to be the “soft skilled” roles of Human Resources, Customer Services and Marketing.  Evidence has proved that a more balanced gender representation across organizations has not necessarily followed the talk.

It is expected that by placing this issue firmly at the boardroom table, the question of “if not, why not” will be applied.  However every manager at all levels of an organization should be looking at the answers to the question of “why are we at this point at all?”

What are the barriers to building greater gender diversity?

One of the biggest barriers to gender diversity is an organization’s (and broader profession’s) cultures built around people’s historically-based and inherent beliefs, behaviours and biases. Generally these are around the previously designed and seen to be successful roles of the “perfect worker” and that of the “perfect mother”, which can also be culturally and socially reinforced.

It is unlikely that organization’s today would have an overtly discriminatory or conscious block to women progressing with equal opportunity into senior ranks. In the majority of cases the barriers are more likely to be delivered through indirect organizational messaging and policies, poor role-modelling, inconsistent behaviours, little formalized support, too little flexibility and too few examples.

In a Catalyst research paper of 2007 that collected responses of 1231 male and female participants across US & EMEA titled “The Double-Bind Dilemma for Women in Leadership: Dammed if You Do, Doomed if You Don’t”, found that women faced clear predicaments in the workplace that their male counterparts didn’t.  Some of these were around stereotyped expectations and behaviours. The Predicaments found for women in the research included:

In summary, gender stereotypes misrepresent the true talents of women leaders and can potentially undermine women’s contributions to organizations as well as their own advancement options.

The consequences of not dealing with culture can be dire to organizational strength.  Here in Australia, Melbourne Business School associate professor Isabel Metz (as reported in The Australian Financial Review), managed to survey 44 senior women who left the banking and finance sector to verify their reasons for departure.

Although the sample was small, the findings speak volumes.  Almost half (45 per cent) of the interviewees who left their jobs after returning from maternity leave, abandoned plans to continue working for their organisation because of unfriendly work-family rather practices that didn’t give them a fair opportunity to return or to continue to work, such as a lack of part-time positions or expectations of very long work hours.

And Twenty-seven per cent of the women cited broken employment promises and legal obligations upon their return from maternity leave as a primary reason for their departure.

The reason we don’t hear much about these soft-discriminatory practices in organizations is the negative stereotyping or consequences in future employment for women who are seen to be “taking up the torch” or “mounting campaigns” that promote the rights, opportunities and equal numbers of women in the organization.  Women can also feel the consequences of resentment amongst her peers and her seniors from those who see the argument as one-sided and that the issues of unfriendly work-family practices impact both male and female workers equally.

Some women who have made it to the top and have children and who are seen to be making themselves available 24/7 can also face negative stereotyping by others who believe they are not meeting their family responsibilities or are not setting the right example of balance to others.  This issue of stereotyping is unlikely to be applied in the same way to their male counterparts working in the same way.

Needless to say the question from most should be “what type of organization puts pressure on female and male employees to be available to work 24/7 or excessive hours over long periods of time”.   The burning and churning of talented and professional people, whilst maybe fuelling innovative SME start-ups, eventually takes its toll on larger organizations.

Organizations are looking to see how they can address the issues of work/life balance and flexible work practices to ensure talent growth and energy-sustainability and to secure a continuous tap into the much wider and more experienced talent pool. It is about having the courage to allow talent to spawn in organizations – without trying to camouflage it with gender biases.  The financial benefits will follow.

Organizations of the future will see the question of gender diversity not being about the issue of developing women as a “special needs” program – it will instead focus on creating contexts in our eco-systems that provide women and all employees with opportunities to deliver value.

Organizations will focus much more around the greater opportunity of individual talent management and contribution.  If you have a star performer or developing talent with loads of potential, irrespective of gender, the organization will work to provide a custom program of development to help them realize their success in all aspects that are important to them – in their careers, personal, health, spiritual and social lives. The real job of managing will be to remove barriers, provide employees with the right resources, step out of the way and allow them to shine.

The way employees work, where they work, when they work will be inconsequential to how they successfully deliver the desired results and work with others in the organization.  No single rule, no single mould nor “one rule to suit the majority” will prevail.

This type of flexible work environment will require some overhaul and change of existing systems, but these usually follow the change first in expectations and determinations of an organization’s working culture.

In addition to setting quota targets, there are some practical considerations you and your organization can consider today in answering the question of “if not, why not”:

The old adage of “what gets measured gets done” is one of the implied principles of the ASX Corporate Governance Council’s recommendations.  One step short of enforced quotas, it relies more on the position of “naming & shaming”.  The more visibility bought to specific numeric gender targets, strategies and progress, the more likely they will be achieved.

It is a shame that it will take legislation to put this issue and opportunity for business growth on the table.  There is much evidence to prove that diversity in the workforce is something an organization can capitalize upon.

Our roles and responsibilities as leaders, as investors, as employees, as industry representatives – will be to hold organizations accountable for gender diversity.  Action is required and the clock is ticking.

VALIDITY COACHING is a key sponsor of the HR Summit 2010.

One Reply to “The “If not, why not” diversity question your organization needs to be asking now”